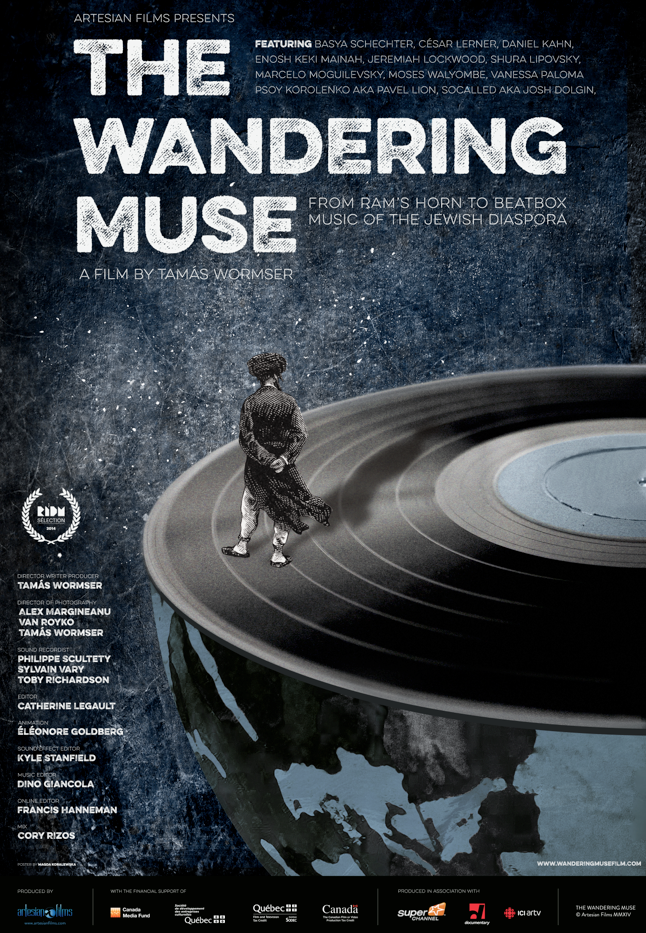 Ashkenaz is proud to present the Toronto premiere of Montreal-based Director Tamas Wormser’s The Wandering Muse. From ram’s horn to beatbox, this globetrotting documentary explores a kaleidoscope of Jewish identity through the ever-changing music of the Jewish diaspora. Shot over many years and on multiple continents, the film is a series of encounters with Jewish musicians from across the world, including such Ashkenaz Festival alumni as Basya Schaechter, Shura Lipovsky, Psoy Korolenko, Socalled, Dan Kahn, Lerner and Moguilevsky, and Jeremiah Lockwood (Swy Machinery). The Wandering Muse is a stunning snapshot of the Jewish music world, a diverse, and dynamic scene populated by colourful characters who shatter stereotypes at  the vanguard of an ever-evolving, borderless musical world. In short, this film is everything the Ashkenaz Festival is about!
Screening schedule is as follows:
+ Google Calendar+ iCal Export