For over 40 years, the  musicians of Budapest’s Muzsikás Ensemble have been the leading global emissaries of Hungarian folk music. Their legendary career began in the mid-70s when they pioneered in the development of Budapest’s Tanchaz (dancehouse) scene, a roots music revival that grew into a national movement celebrating the nation’s rich musical culture. They have since toured all over the world, collaborated with leading artists, released many acclaimed recordings and received countless accolades and awards. 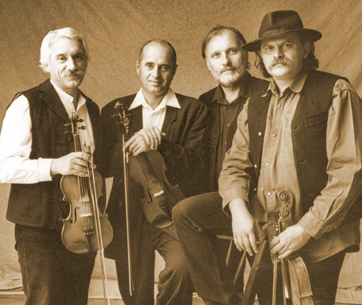